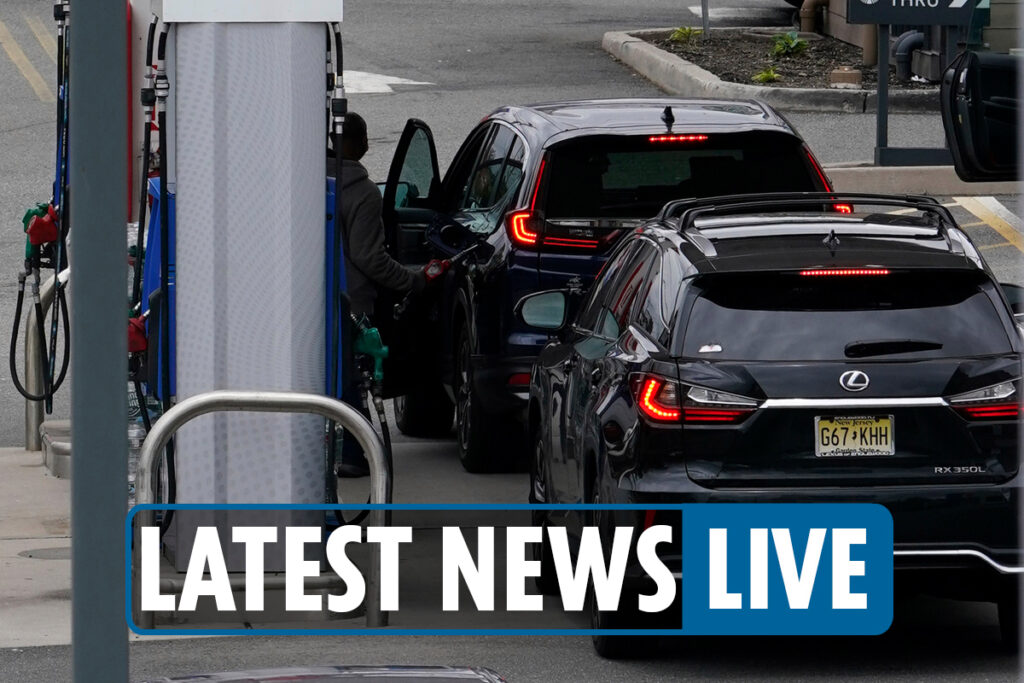 THERE are only about one out of 10 gas stations in Washington D.C. that still has gas after a massive panic-buy ensued following the gas shortage due to the Colonial Pipeline hack.

The gas shortage currently crippling much of the Southeast is expected to last DAYS – despite fuel deliveries resuming.

The pipeline was held hostage by hackers who have identified themselves as a criminal group called the Darkside, who were allegedly paid $5 million to release control back to Colonial Pipeline Co.

The cyberhack, branded an «act of war» by former House Speaker Newt Gingrich, forced gas stations along the East Coast to shut up shop due to fuel shortages.

The 5,500 mile Colonial Pipeline, which transports 2.5million barrels of gas per day between Texas and New Jersey, was shut down on Friday evening after a ransomware attack was launched.

The pipeline was back up and running as of 5pm Wednesday, however, officials say it will take a number of days until operations are back to normal.

«I think that by Memorial Day or shortly after, that it won’t be such a project to fill your tank back up,» he said.

A Russian crime group named «DarkSide» is allegedly behind the ransomware attack that led to the chaos.

DarkSide targets large corporations for ransom by capturing the victim’s confidential data and threatening to leak it if the ransom isn’t paid.

Gas shortages have caused concern that there will be major travel issues ahead of Memorial Day Weekend.

Fox 5 in Washington, D.C., is reporting that gas prices in the greater DC area — which includes Virginia and Maryland — have been surging as people continue to stock up on fuel.

This is causing concern that there will be «major travel concerns» for the upcoming Memorial Day Weekend.